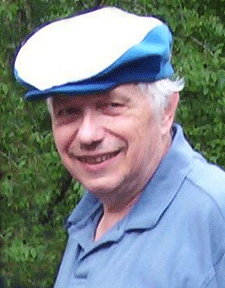 “[these books] penetrate one’s thinking and feelings with the gentle force of a divinely-inspired treatise — a treatise on not only the meaning of human life, but much more. I would even go so far as to call it a revelation…”

Translator of The Ringing Cedars Series

Since 1993 John Woodsworth has translated more than 20 books. He has also edited, co-edited or compiled eight collections of academic articles, archival correspondence and poetry. Poetry translation, in fact, is one of Mr Woodsworth's specialties, with more than 180 published poem translations to his credit. In addition, he has almost 100 publications of his own original Russian-language poems.

A certified Russian-English Translator, during the period of 2004 to 2008 Mr Woodsworth translated Vladimir Megré's Ringing Cedars Series and subsequently produced a revised translation, released as the Second Edition.

Since 2008 he has been a member of the Literary Translators' Association of Canada. In May 2011, in recognition of his literary accomplishments, John Woodsworth was admitted as a Member of the Russian Interregional Union of Writers and concurrently as a Member of the Derzhavin Academy of Russian Literature & Fine Arts.

In September 2010 his co-translation (with Arkadi Klioutchanski) of the book "My life" by Sofia Andreevna Tolstaya (Leo Tolstoy's wife) was published in a 1250-page annotated and illustrated volume by the University of Ottawa Press, under the editorship of world-renowned Tolstoy specialist Andrew Donskov.

Mr Woodsworth can be contacted by e-mail at office@ringingcedars.com or via his website: www.kanadacha.ca