Read about the Artist 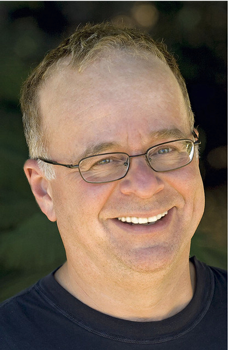 “ After I had a look at the first title in the series, Anastasia, there was an immediate connection, and I knew that the process of creating these cover images would truly resonate for me. Creating images that were totemic, yet universal, such as the butterfly on the fourth book in the series, Co-Creation, was a truly enjoyable challenge”

About the Ringing Cedars Cover Photographs…

Harold Davis explains: “When I was first approached with the assignment to create the photographic covers for the second edition of the Ringing Cedars series in English, I was intrigued. The initial approach didn’t include much in the way of details, just that the client was looking for nature photographs that were not a cliché to use for the covers of a series of books. I was told that the imagery had to speak boldly of the inexpressible power of nature in a universal way, yet at the same time have the kind of graphical appeal that would work for the cover of an exciting book.”

An Artist - First and Foremost…

Harold Davis was born in Princeton, New Jersey, and grew up on the Upper West Side of Manhattan. When he was five years old, his parents gave him a box camera and he fell in love with photography. Later, he became interested in painting, and studied figurative and abstract painting at the Art Students League, Bennington College, and elsewhere.

Davis combines his love of painting with his love of photography by starting with digital captures and using digital painting techniques to enhance his imagery. He delights in experimentation while using original, cutting edge technologies. While Davis’s work uses the latest technologies, it also harkens back to historic art traditions, including impressionist painting and Asian art.

Davis’s extraordinary imagery builds on the masterworks of the past while embracing revolutionary innovations in photography. He puts it this way: “I believe that advances in the technology and craft of digital photography have created an entirely new medium. My years of contemplation opened my eyes and my heart, and taught me to see more deeply. I use this alchemy of wonder to combine the traditions of painting and photography with new technology.”

From beginning to end, the techniques that Harold Davis uses are unique. Trained as a classical photographer and painter, his photographic images are made using a variety of special capture techniques that he has developed that extend the range of visual information beyond what the eye can normally see.

Praise from Collectors and Critics…

Collectors appreciate the mysterious, powerful, evocative, and subtle nature of Davis’s imagery. One collector says that she gets the same feeling when looking at a Harold Davis print as she does after taking a good Yoga class. The collector continues, “Harold Davis’s work uses photography as the basis for digital work in a unique way with a fabulous creative synergy.”

Photography collector Gary Cornell states, “I have collected Davis’s work for more than five years and am increasingly excited about the possibilities created by his unusual and effective use of technology in support of the classical tenets of photographic art. I would compare his work to Ansel Adams’s and Edward Weston’s work during the crucial 1930s and 1940s time frame.”

Harold’s black and white prints have been described as “hauntingly beautiful” by Fine Art Printer Magazine, and his floral prints have been called “ethereal,” with “a purity and translucence that borders on spiritual” by Popular Photography.

Photography collector Gary Cornell states, “I have collected Davis’s work for more than five years and am increasingly excited about the possibilities created by his unusual and effective use of technology in support of the classical tenets of photographic art. I would compare his work to Ansel Adams’s and Edward Weston’s work during the crucial 1930s and 1940s time frame.”

Harold’s black and white prints have been described as “hauntingly beautiful” by Fine Art Printer Magazine, and his floral prints have been called “ethereal,” with “a purity and translucence that borders on spiritual” by Popular Photography.

According to Rangefinder Magazine, Harold Davis is “a man of astonishing eclectic skills and accomplishments.”

Regarding his most recent book Steven Pressfield exclaims, “Achieving Your Potential As a Photographer looks great. What an accomplishment! I salute you. You're gonna help a lot of people with this one!”

An internationally-known digital artist and award-winning professional photographer, Harold Davis is the author of many bestselling photography books including The Way of the Digital Photographer (Peachpit Press, awarded as a Top 10 Best 2013 Photography Book of the Year by Photo.net).

Harold Davis’s most recent book is Achieving Your Potential As a Photographer: A Photographer’s Creative Companion and Workbook (Focal Press). His Photographing Flowers (Focal Press) is a noted photography “classic,” and is rated “the Best Guide to Flower Photography” by Digital Photographer Magazine.

In addition to his activity as an acclaimed photography book author, Harold Davis is an Adobe Influencer, a Moab Master printmaker and a Zeiss Lens Ambassador. Harold Davis’s work is in collections around the world. It is licensed by art publishers, in annual reports, and has appeared in numerous magazines and many publications.

Recently Harold Davis’s work has been exhibited in venues including Photokina in Cologne, Germany, PhotoPlus Expo in New York, the Gallery Photo in Oakland, California, the Arts & Friends Gallery in Heidelberg, Germany, and the Awagami Gallery in Japan.

Harold Davis has led destination photography workshops to many locations including Paris, France; Spain and Morocco; and the ancient Bristlecone Pines of the eastern Sierra Nevada Mountains in California.

Harold’s popular online course on Craftsy.com, Photographing Flowers, has thousands of students. His ongoing photography workshops in partnership with institutions such as Point Reyes Field Seminars, the Center for Photographic Art in Carmel, California, Maine Media Workshops, and the Heidelberg Summer School of Photography are continually in demand and popular.